History of the Organs

An organ built by the Erben Organ Company of New York was installed in the first St. James building, which was built in 1837 and was located at the corner of Cass (now Wabash) and Illinois Streets. The first building located on the present site was completed in 1857. For this building, a two-manual organ of 30 stops was built by the Hall and Labagh firm of New York was installed.

In 1868 Dudley Buck, the renowned organist from Hartford, Connecticut, was appointed Organist-Choirmaster. He was a personal friend of the organ builder William A. Johnson of Westfield, Massachusetts, who had built a two-manual, 11-stop, 13-rank organ for Buck’s residence in Hartford. Shortly after his arrival in Chicago, Buck designed a new organ to replace the Hall and Labagh: Johnson’s opus 334, three-manual, 38-stop, 46-rank organ, the second largest organ in Chicago at that time. This organ was burned and destroyed along with the majority of the church building in the Great Chicago Fire of 1871. After a relatively quick rebuild of the church, Johnson & Son’s Opus 456 was installed in 1875 in the enlarged south transept, behind the case which remains in place today. The scope of the new instrument was almost identical to that of its predecessor: three manuals, 39 stops and 45 ranks. In 1903, during the tenure of Clarence Dickinson, this organ was modernized with electric key and stop actions.

This instrument served St. James until 1920 when, during the tenure of John Norton as Organist-Choirmaster, a contract was signed with the Austin Organ Company of Hartford, Connecticut, for a four-manual, 40-rank organ to be installed behind the 1875 Johnson case. The new Austin organ was typical of its period: it was built upon a large, walk-in Universal Air Chest for which Austin was so famous. It used electro-pneumatic key and stop actions; 2 ½” thick horizontal shades for each enclosed division and placed on 7 ½” wind pressure. This is the instrument that Dr. Leo Sowerby came to know when he was appointed Organist-Choirmaster in 1927; a position he held for 35 years.

Six years after being designated the cathedral for the Diocese of Chicago in 1955, the influences of liturgical renewal of the time were directly felt at St. James, effecting considerable reconfiguration of the chancel and choir, including the removal of the collegiate-style choir stalls forward of the altar. The choir was relocated to a newly-crafted gallery in the North transept of the building and in 1961, Austin installed a 15-rank organ which Sowerby had designed in a chamber above the gallery, as a means to accompany the choir more effectively with the tremendous distance which now separated them from the south transept organ. At this time, Austin also installed a new, four-manual console in the north transept gallery which operated the entire instrument, now located on two sides of the building.

Shortly after the arrival in 1988 of William Crosbie as Organist-Choirmaster, he set about a variety of tonal modifications to the 1920 Austin with the purpose of creating brighter, higher colors and creating greater flexibility in accompanying the choir. By the mid-1990’s, failure of the organ’s basic mechanisms was chronic: the leather actions were worn, much of the pipework in need of restoration, the chambers in dire need of cleaning and the console nearly inoperable. In order to respond to this critical situation, a committee was formed to study all available options and make a recommendation to the Cathedral Chapter of how best to address these issues and secure the Cathedral organ’s legacy for coming generations. After considerable discussion, the committee and Chapter sought to rebuild and tonally enhance the Austin organ, rather than replace it. In addition, an antiphonal organ was to be installed on the west wall over the entrance.

In 1991, Mrs. H. Earl Hoover of the Hoover Foundation, located in Glencoe, Illinois, made a gift of a 1930 Skinner 4-manual draw knob console to the Cathedral. This console originally operated the Aeolian-Skinner organ in Royce Hall of UCLA, Los Angeles. In 1996, the bid for the rebuilding project was awarded to the Bradford Organ Company of Evanston, Illinois. In 1997, the rebuilt and modernized console was installed. In 1998 a campaign was launched to raise funds for the entire organ project as well as the purchase of a grand piano for the Cathedral and the refurbishing of the ten cast bells in the west tower. In 1999, the organ project was begun, grand piano purchased and tower bells rebuilt. Also in 1999, Opus 752 of the Ernest M. Skinner Organ Company, built in 1929 for the Chicago Civic Opera House was made available to the Cathedral. The 34 ranks of pipework and chests of the Skinner instrument became the foundation on which the Bradford rebuild was carried out. The final specification of 99 ranks spread over nine total divisions (including an Antiphonal division of five stops and eight ranks which contained a Trompette-en-chamade) was drawn up in collaboration by Dr. Crosbie, Bradford Organ Company, and the organ committee.

In 2015, the Cathedral engaged longtime curators of the instrument JL Weiler, Inc. to undertake work to address ongoing structural issues, resulting in a temporarily reduced size in anticipation of a future full restoration 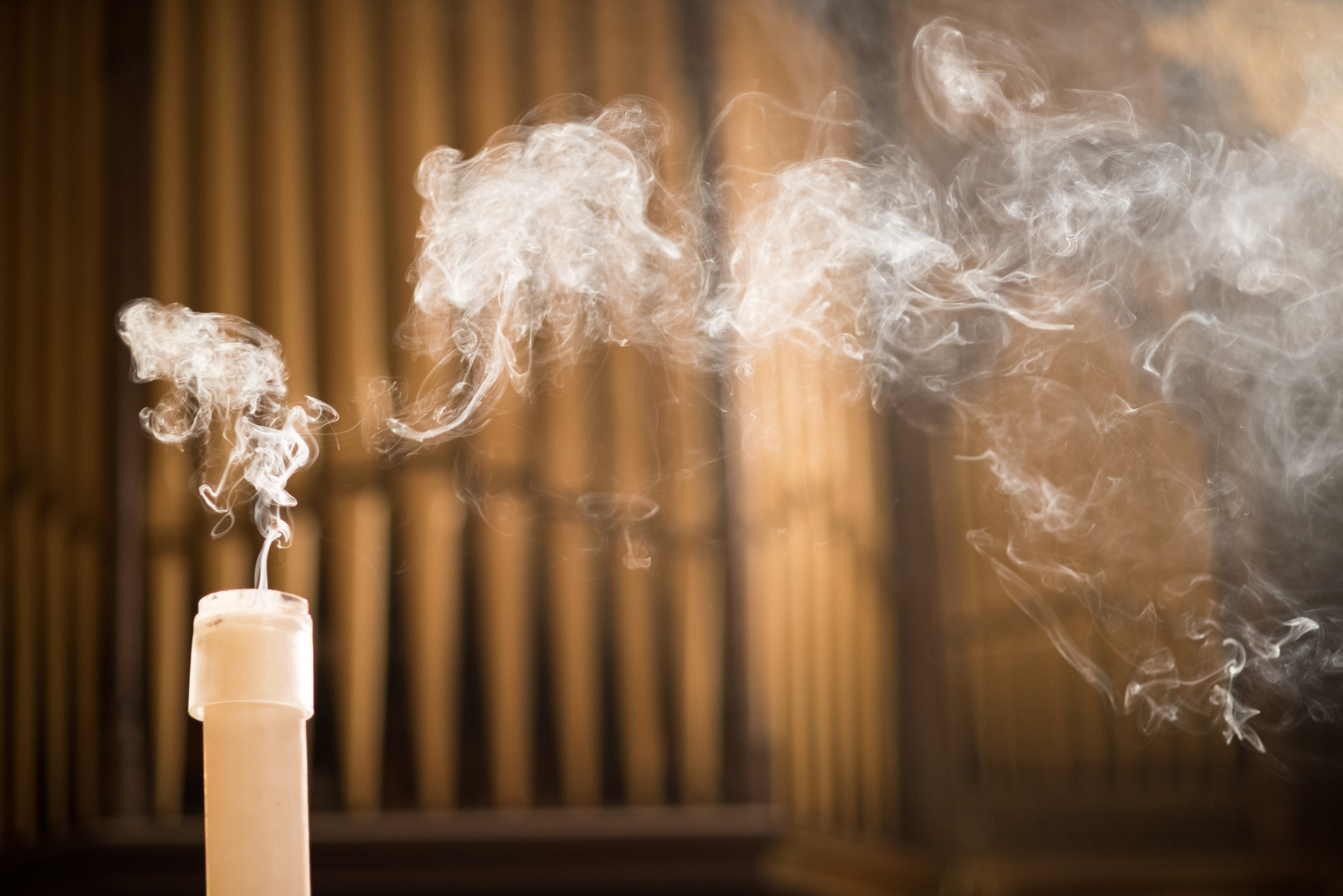