When the first Episcopal service was held in Chicago, this concrete jungle was wild prairie. On a plot of American wilderness in 1834, one of the city’s most prominent early residents, Juliette Kinzie, organized a small community that would build St. James Cathedral and lay the foundations for one of the world's great cities. By Easter Sunday 1837, St. James was worshipping in a brick church at the corner of Wabash Avenue and Illinois Street, a few blocks south of the current location.

Growth and the Great Chicago Fire

When you visit St. James, you can pray in the same space as Abraham Lincoln, who worshipped at St. James shortly after elected President in 1860. During the Civil War, ten St. James members lost their lives. To salute their sacrifice, the congregation built a Civil War Memorial in the foyer of the church. After the Civil War, tremendous growth led the leaders of St. James to enlarge and redecorate the church on an even grander scale. A few weeks after the splendidly redesigned church was formally rededicated in 1871, the Great Chicago Fire erupted, leaving nothing but the stone walls, the Civil War Memorial, and the bell tower, whose bells gave warning to the neighborhood of the fire.

St. James founded many other Chicago parishes. The earliest, Trinity Church, was the first Episcopal church on the South Side. By the end of the nineteenth century, St. James daughter churches included Ascension and St. Chrysostom.

A Church and City Prosper

As Chicago rebuilt and prospered, so did St. James, which was reflected in a grand church building. In the 1870s, St. James commissioned works by women artists, uncommon at the time. One example is the baptismal font located at the entrance to the church, carved in Rome from Carrara marble by the American sculptor, Augusta Freeman. The Arts-and-Crafts Gothic Revival hand-stenciled designs of artist E. J. Neville Stent adorn the walls.

By the late 1920s, the St. James congregation was dwindling. A number of the old families stayed, attached to the church in spite of the radically changing neighborhood, but much of the area's former elegance had evolved into low-rent retail buildings, cheap boarding-houses, and transient hotels. The Great Depression saw the near bankruptcy of the Diocese of Chicago, but St. James Church was able to weather the rest of the 1930s relatively unscathed. A small but loyal congregation maintained the traditions, albeit on a smaller scale than in the past.

In 1921, fire devastated the Episcopal Cathedral of Saints Peter & Paul on Chicago’s west side, which left the Diocese without a cathedral. St. James was pressed into service for a time as the acting cathedral, and the Parish House (since replaced by St. James Commons) became home for the Bishop’s office and staff. Several architects developed designs for a new and grand modern cathedral where the John Hancock building now stands but with the stock market crash of 1929 and the Great Depression, the plans were never carried out. It was not until 1955 that St. James Church was officially made the Cathedral for the Diocese of Chicago. The "cathedra" or bishop's chair has the diocesan coat-of-arms on both the front and back.

Building Hope in the City

The St. James Church that became the St. James Cathedral was a smaller congregation than in the past, caught between shifting generations and a dramatically evolving neighborhood. In 1966, Bishop James Montgomery offered St. James Cathedral as a “common ground” place for civil rights, business, labor, and other community leaders to come together with Dr. Martin Luther King, Jr. and Mayor Richard J. Daley for what became known as the Summit Conference. From those discussions, the leaders produced a ground-breaking plan to enforce civil rights laws.

In the 1950s and 60s, the choir was moved from its traditional place in the chancel to the north gallery. The reredos behind the altar was put in storage, and a marble checker-board floor and solid marble altar were installed to make the cathedral “modern.” The original stained glass windows above the main entrance were replaced with a contemporary design and, by that time, the intricately stenciled walls had already been painted over in a solid, off-white color. The congregation was unhappy with the results, however. In the mid-80s, St. James underwent a massive restoration project to return the cathedral to the visual glory of the Arts-and-Crafts Gothic Revival design. The campaign was never completed (the modern window and marble chancel and altar remain). The congregation refocused its mission on worship, music, congregational development, and outreach.

Today, St. James Cathedral is a vibrant and growing community in the middle of one of Chicago’s fastest-growing neighborhoods and shopping districts, a block from the “Magnificent Mile.” In 2009, the half-block occupied by the Cathedral and the Diocesan Center at 65 East Huron (which also houses the Cathedral and Episcopal Charities and Community Services offices) was renamed “St. James Commons.”

Most of the sanctuary windows date from the end of the nineteenth century and are finely painted glass. With Biblical subject matter and rich symbols, these Victorian period jewels were gifts from many Chicago leaders who were members of St. James. The choir loft rose window shows a Christ-in-Majesty surrounded by angel musicians. The choir's English windows show Biblical events involving St. James, the Transfiguration, and the Garden of Gethsemane. The altar windows, based on the Epiphany, Crucifixion, and Ascension were given in memory of the Rev. James DeKoven. They were lengthened in 1962 when the marble altar and floor were installed.

The carved wood and painted reredos, showing another Christ-in-Majesty was given to honor a longtime rector, the Rt. Rev. Robert Clarkson.

Throughout its history, St. James has offered an outstanding ministry of sacred music. Leo Sowerby, a well-regarded 20th-century composer, led the choir and played the organ from 1927–1962. Other nationally and internationally leading organists/composers include Dudley Buck, Peter C. Lutkin, and Clarence Dickinson. The present organ was installed in 1920, and a new 4-manual console and the portion in the north transept were installed in 1968. The organ was rebuilt and enlarged in 1999. In 2015, the Cathedral addressed structural issues, resulting in a temporarily reduced size in anticipation of a future full restoration.

St. Andrew's Chapel was added to the building in the early 20th-century in memory of James Houghtaling, who founded the Brotherhood of St. Andrew at St. James in 1883. It was designed by architect Bertram Goodhue and modeled on a medieval Scottish abbey. 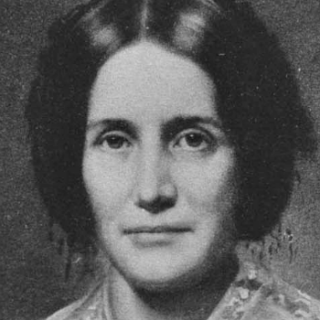 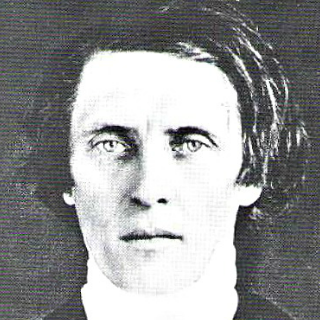 The Rev. Isaac Hallam was the first rector of St. James Church but worried about the lure of speculative ventures that overshadowed Christian duty. 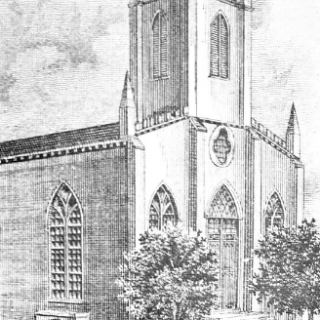 Easter Sunday in 1837 was celebrated by the congregation of St. James Church in the square brick building, situated in the midst of a vast tract of prairie. 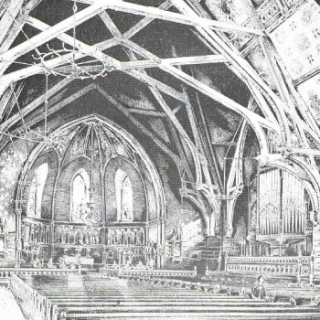 George Melville's 1892 print is an accurate representation of the interior of St. James Church showing E. J. Neville Stent's stencilings. Missing in the print are the warm colors we know were part of Stent's design. 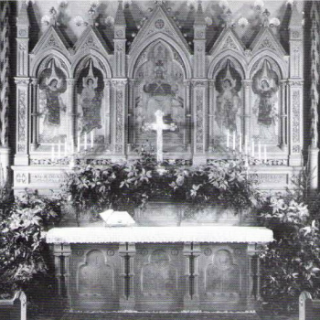 This 1937 photograph of the Robert Clarkson Memorial Reredos is the most detailed view of the completed piece that we have. The wooden structure, painted panels, carvings, and inscription were crafted in 1884. 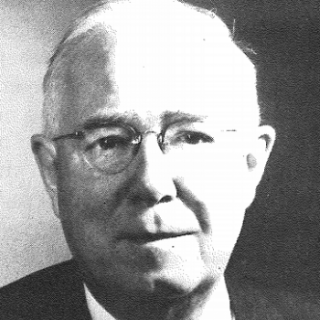 Leo Sowerby celebrated thirty-five years of musical leadership at St. James in 1962. That year Sowerby resigned to take the position of director of church music at the new School of Music at the National Cathedral in Washington, D.C. 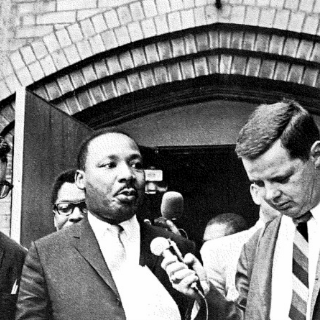 The Rev. Dr. Martin Luther King, Jr. and Al Raby were met by new reporters as the left St. James Cathedral House at the close of a 1966 Summit session.
secret