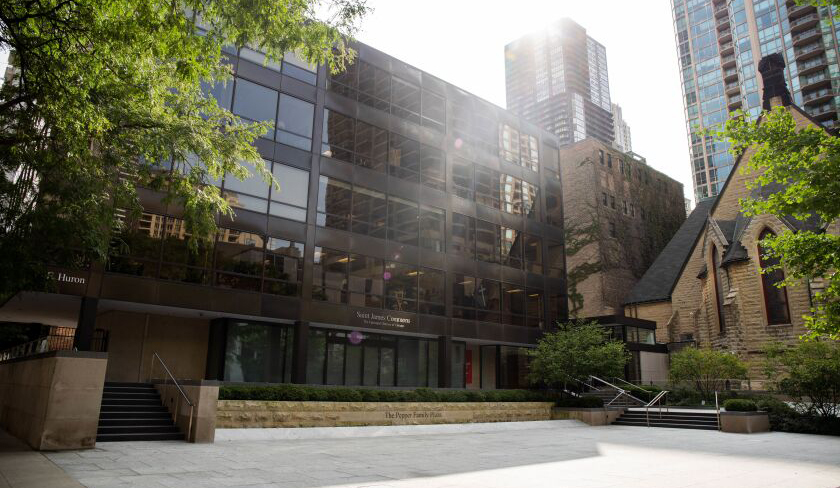 Updates on the sale of 65 E. Huron

UNDERSTANDING THE THREAT TO ST. JAMES CATHEDRAL AS THE EPISCOPAL DIOCESE PREPARES TO SELL ITS HEADQUARTERS

Parishioners may have read about the Episcopal Diocese’s plan to sell its headquarters at 65 E. Huron and the potentially adverse ramifications this bid could have on the future of the St. James community and our beloved and historic Cathedral.

While the Diocese’s proposal involves some complex financial mechanics, the likely impact on St. James is fairly straightforward and of concern:  Under the plan, the Diocese has unilaterally devised, St. James could be unduly burdened financially, with projected income amounting to only half of the expenses we would inherit in the wake of the sale, according to the advice we’ve obtained from our real estate advisors at Jones Lang LaSalle.

The resulting deficit could deplete funds that support our critical ministries, including programs that have fed tens of thousands of families in need over the years and afforded children access to musical education and rich cultural experiences. Beyond that, the financial burden could bring us to a point where we face needing to close.

Our Cathedral Chapter has attempted to communicate our concerns to the Diocese Bishop and Trustees (B&T), the administrative authority overseeing the sale.  B&T has so far made no effort to discuss modifications to its plan that could spare St. James from a looming hardship. Instead, the Diocese’s recent public statements about the sale have disseminated some inaccuracies that warrant clarification.

We’ve compiled this resource to help St. James community members understand how this issue impinges on our future.

WHERE IS THE PROPERTY THE DIOCESE PLANS TO SELL?

The Diocese plans to sell its headquarters located at 65 E. Huron, a lot adjoining St. James Cathedral, as well as the Cathedral's air rights.  St. James originally owned about 50 percent of this real estate, which it donated to the Diocese as a gift, free of charge, in 1955 when it was named the cathedral for the Diocese of Chicago.  The current value of that donation to the Diocese, based on real estate appreciation, is estimated at $21 million.

WHAT IS THE CURRENT FINANCIAL ARRANGEMENT BETWEEN THE DIOCESE AND ST. JAMES?

Since 1955, when St. James donated the land where the Cathedral resides, plus a parish house and rectory, as a gift to the Diocese, free of charge, the parish and the Diocese have been financially integrated, and the property now up for sale has been a lasting manifestation of the commitment the two made to the welfare of their shared spiritual ministry.

Those financial ties were reinforced in the 1960s when the Diocese demolished structures on two of the lots donated by St. James and built its current headquarters and plaza at 65 E. Huron.  Significantly, all the mechanicals for both the office building and cathedral are housed in the new headquarters. This created the unusual situation where, St. James Cathedral, though a parish and not a Diocesan mission, was owned by the Diocese, which became the default body responsible for upkeep and repairs of the Cathedral.

St. James has nonetheless assumed a robust share of the cost for parish upkeep. In the past four years alone, our spending on the maintenance of the Cathedral has doubled to approximately $315,000 annually, voluntarily subsidizing costs that are legally the responsibility of the Diocese. Meanwhile, St. James has been stalwart in honoring its annual contribution to the Diocese’s Common Mission (our congregation's pledge to the diocesan operating budget), ranking among the few parishes that pay their full share – nearly $250,000 from the Cathedral in 2022.  Through these various outlays, St. James funnels nearly 30 percent of its operating budget into the Diocese’s coffers.

WHAT ARE THE FINANCIAL TERMS OF THE PROPERTY SALE THAT WOULD APPLY TO ST. JAMES?

The Diocese would abdicate all of its current responsibilities to support the maintenance and operation of the Cathedral, and those burdens would be shouldered exclusively by St. James.  Those costs would include temporary and permanent office and program space, new mechanical systems, installation of ADA access to the cathedral, and the mounting bill to repair the Cathedral’s failing stonework. Based on research and analysis performed for St. James by Jones Lang LaSalle, the cumulative tally for those expenses could range between $10 and $15 million.

In exchange, the Diocese is offering St. James 15 percent of proceeds from the property sale, even though St. James gave the Diocese about 50 percent of the real estate free of charge. According to estimates by Jones Lang LaSalle, that 15 percent share would result in proceeds to the cathedral from the sale of $3 million to $3.75 million, out of which we would need to pay expenses of $16 to $19 million.

THE DIOCESE SAYS IT CURRENTLY “SUBSIDIZES” ST. JAMES AND THAT IT’S TIME FOR ST. JAMES TO “PAY ITS OWN WAY.”

This kind of rhetoric grossly distorts the facts and is morally objectionable.  In reality, by selling its headquarters, the Diocese would leverage for its own benefit a historic legacy of St. James parish.  In 1955, St. James donated about 50 percent of the assets involved in the sale to the Episcopal Diocese as a gift, free of charge.  The Diocese took ownership of the land, and today it claims exclusive rights to the value of these investments funded by St. James.  Arguably then, St. James has paid much of the Diocese’s way toward ownership of its most valuable asset.

With the benefits of that ownership, however, come obligations.  As the legal owner of the Cathedral and offices occupied by parish staff – ownership it gained for free – it’s incumbent on the Diocese to make some contribution to the upkeep of the property, much as any landlord would be legally required to do for a tenant.  In that vein, when the Diocese characterizes its support for the parish as a “subsidy” it’s a bit like saying it’s doing St. James a favor by complying with its minimum obligations.

THE DIOCESE SAYS THE PROPERTY UP FOR SALE HAS VALUE THAT SHOULD BE MAXIMIZED FOR THE GOOD OF THE WHOLE DIOCESE.  DOES ST. JAMES AGREE?

Yes.  To be clear, St. James is not contesting the Diocese’s decision to sell the property.  We defer to the Diocese’s discretion on that matter.  We’re deeply concerned that the terms of the sale the Diocese has unilaterally imposed on St. James could inflict irreparable damage on the parish and possibly lead to the closure of the Cathedral.  We’re merely urging the Diocese to work with us on a plan to sell the property that won’t leave the parish financially insolvent, unable to support ministries to people in need, and, in the worst-case scenario, threaten our own extinction.

WHO ARE THE BISHOP & TRUSTEES?

The Bishop and Trustees hold title to and oversee the use of the real property used by the missions of the diocese. They approve purchases, sales, construction projects involving mortgages and real estate and the diocesan budget. The Bishops and Trustees also hold title to the St. James Commons and to any closed property.

WHO AT ST. JAMES IS WORKING ON THIS ISSUE, AND WHAT HAS BEEN THE PARISH’S PROCESS?

We have an expert, dedicated team of parish leaders focused on negotiating a more equitable deal from the Trustees. We have performed financial analyses, obtained legal opinions and real estate advisors, and formed a communications team that meets weekly. 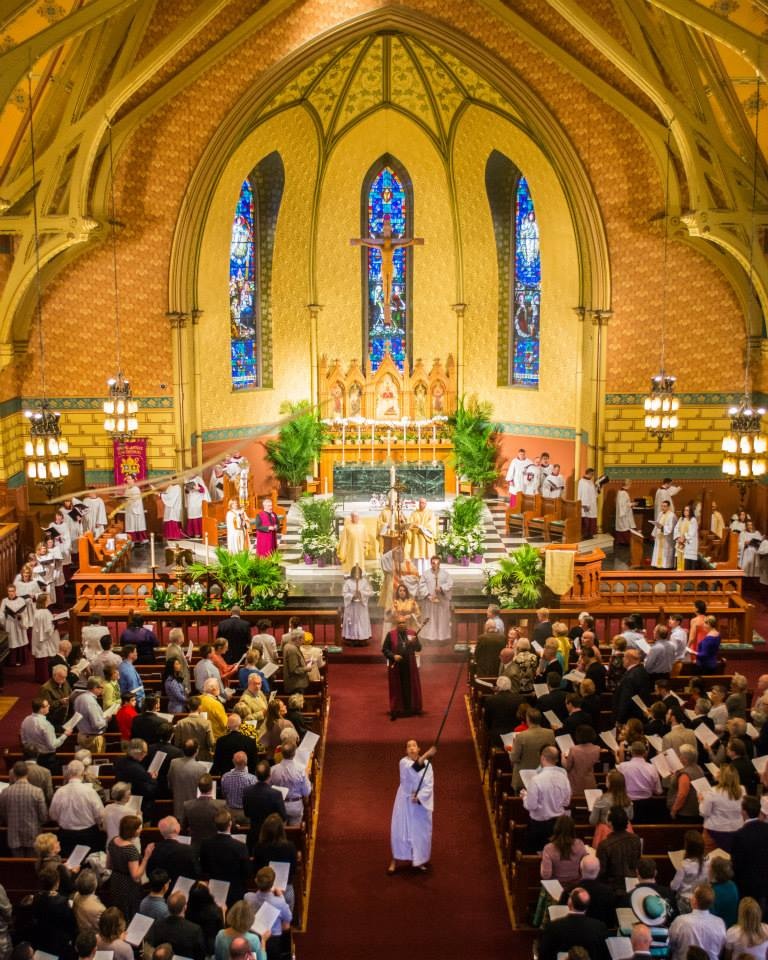 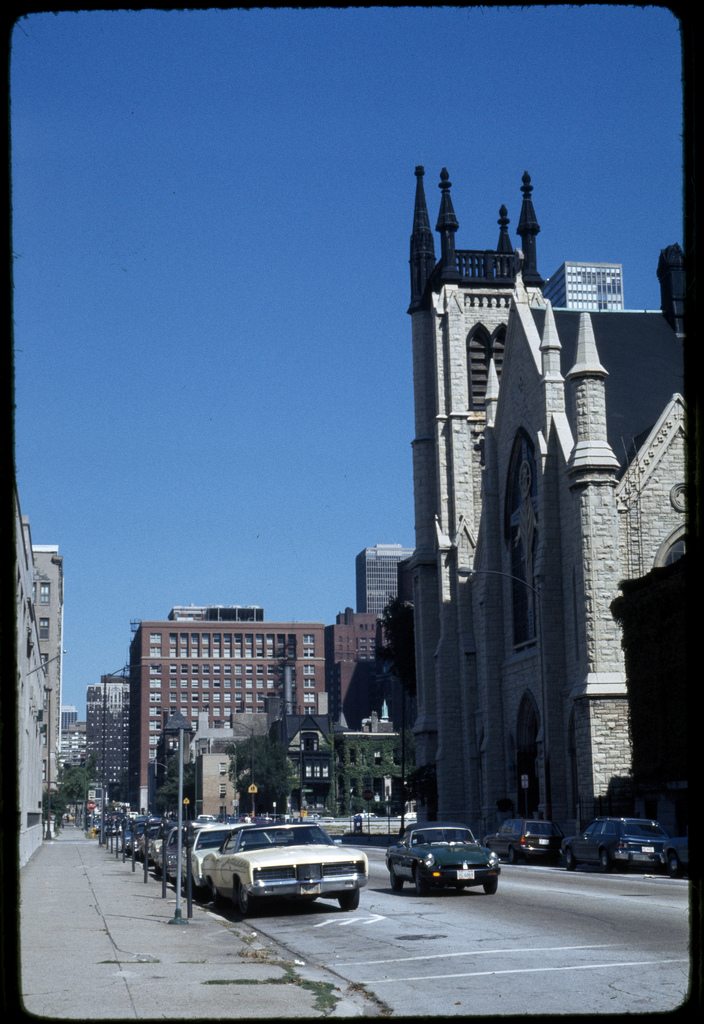 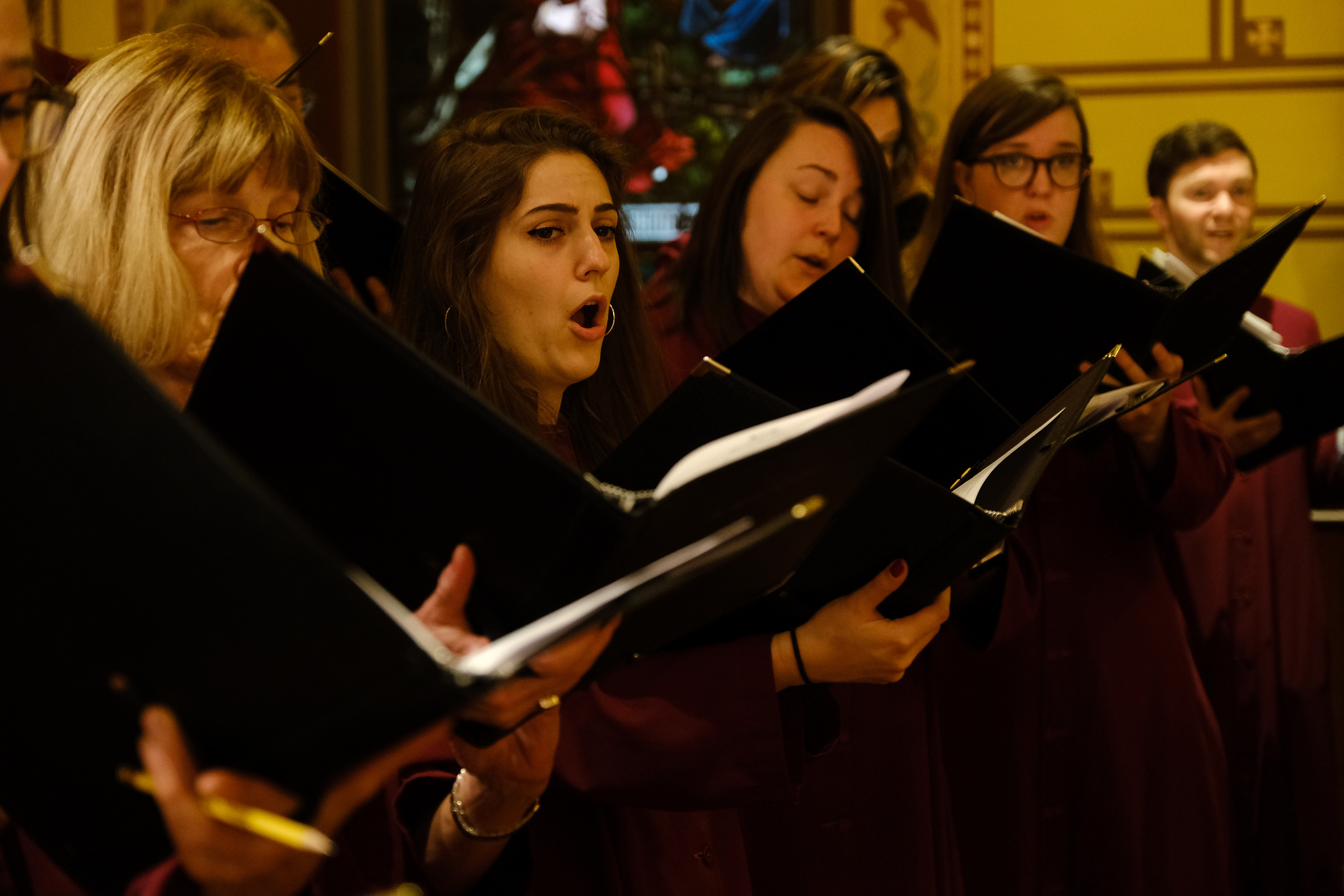 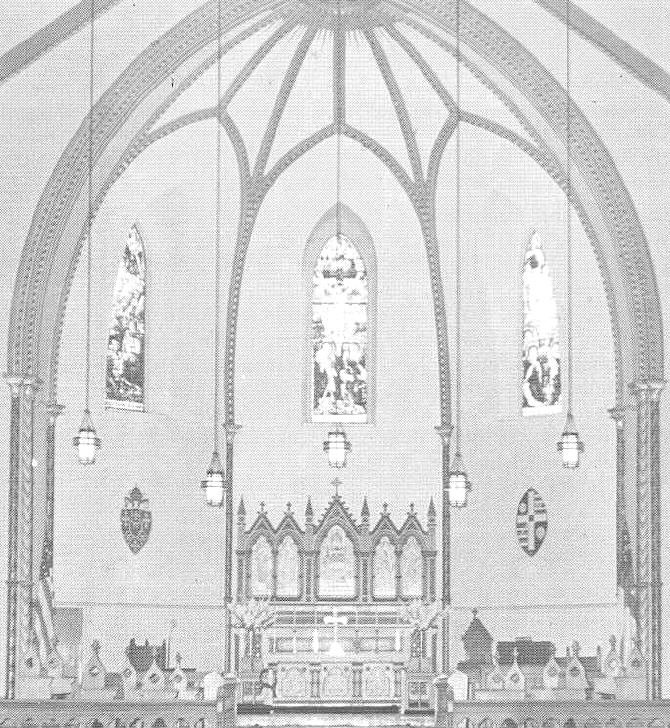 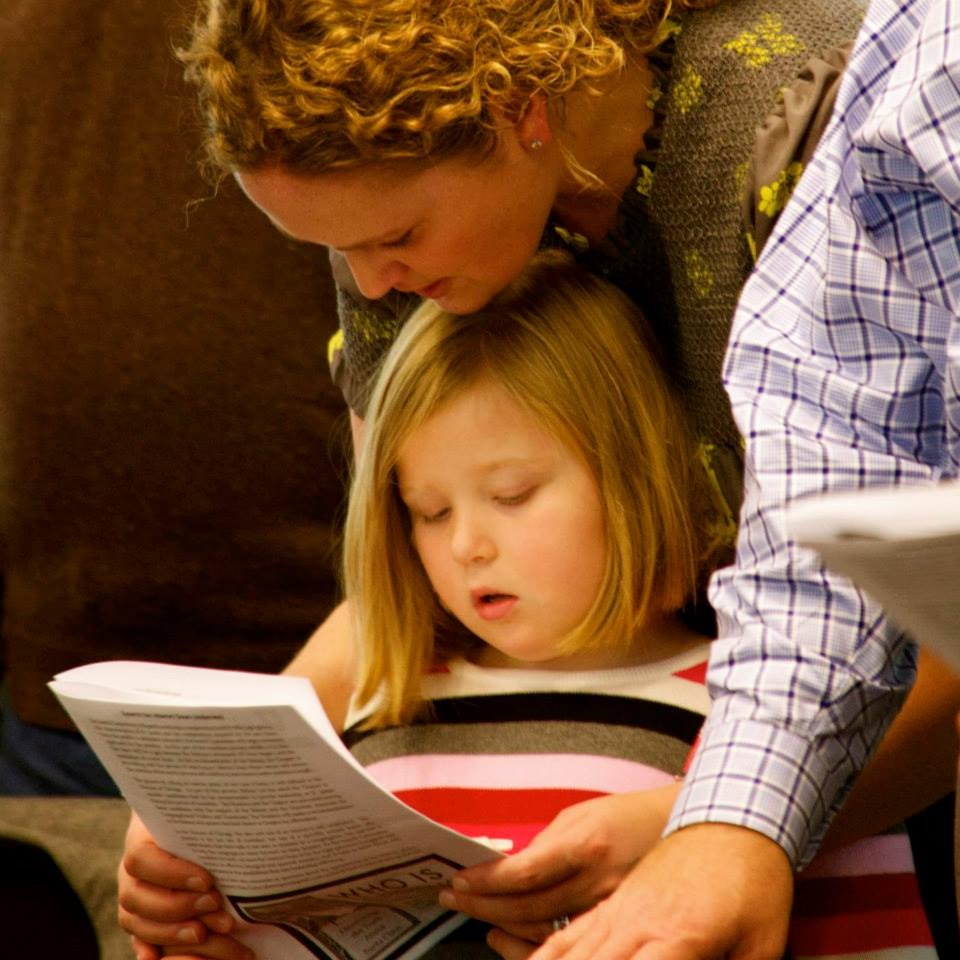 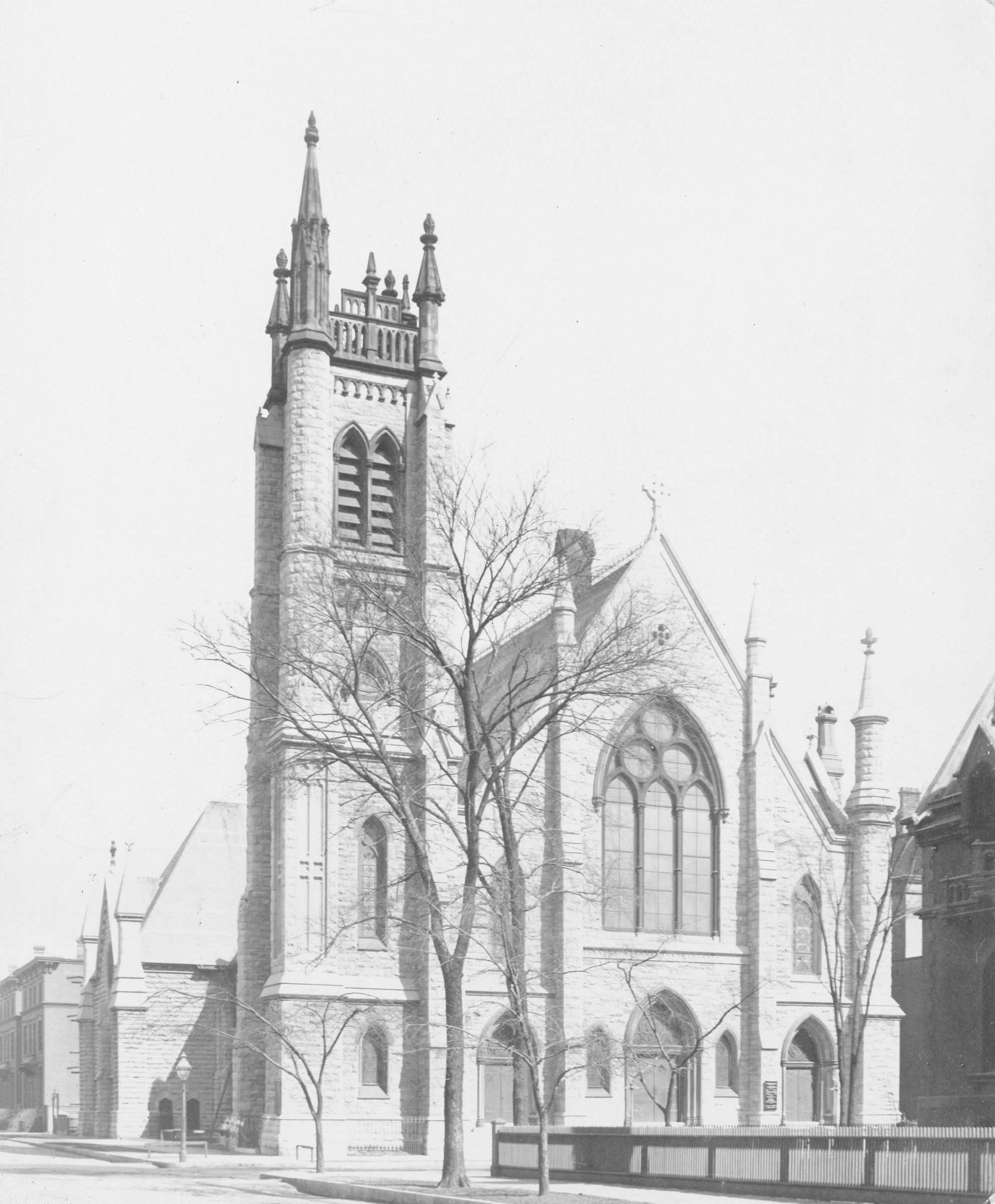 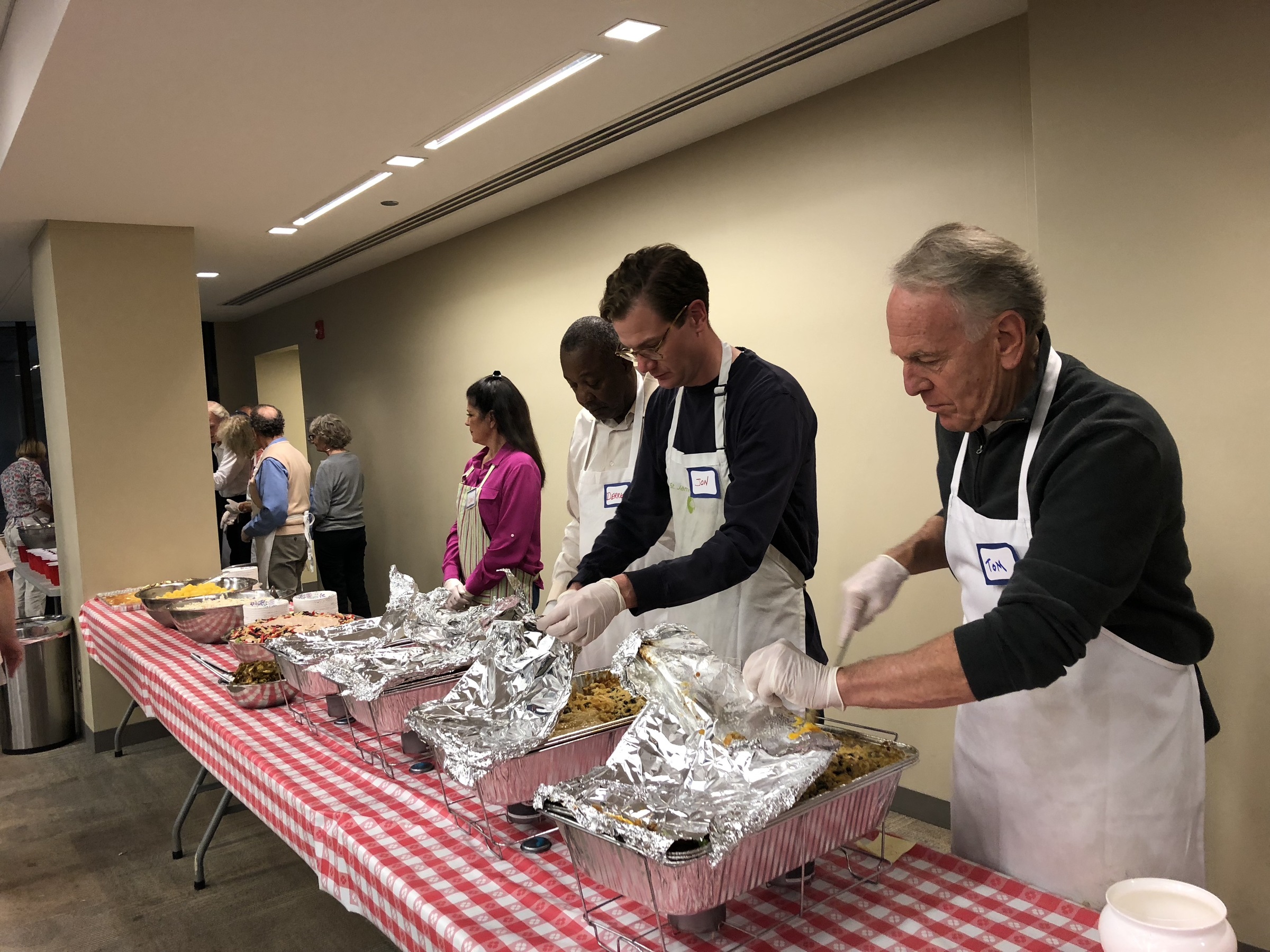 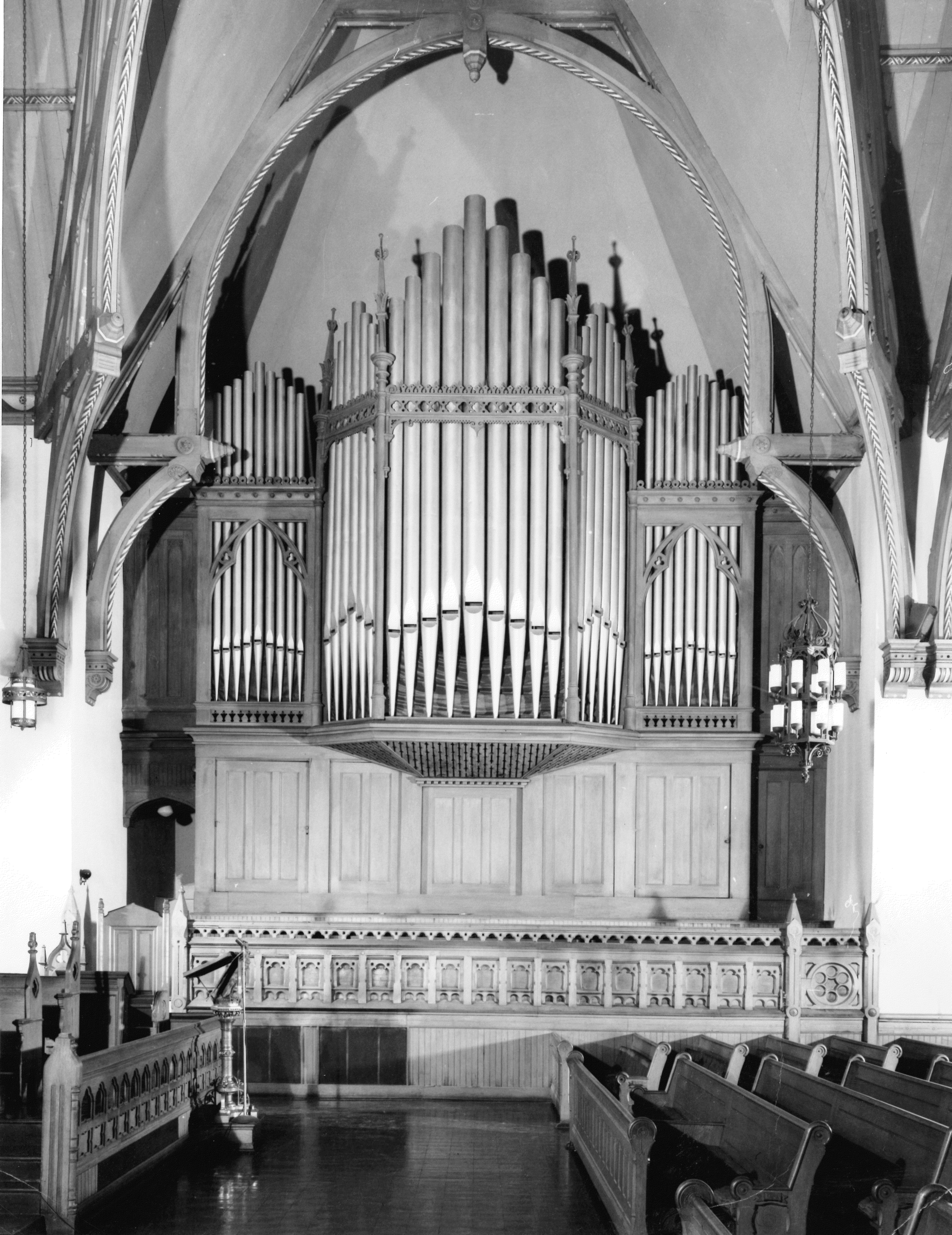 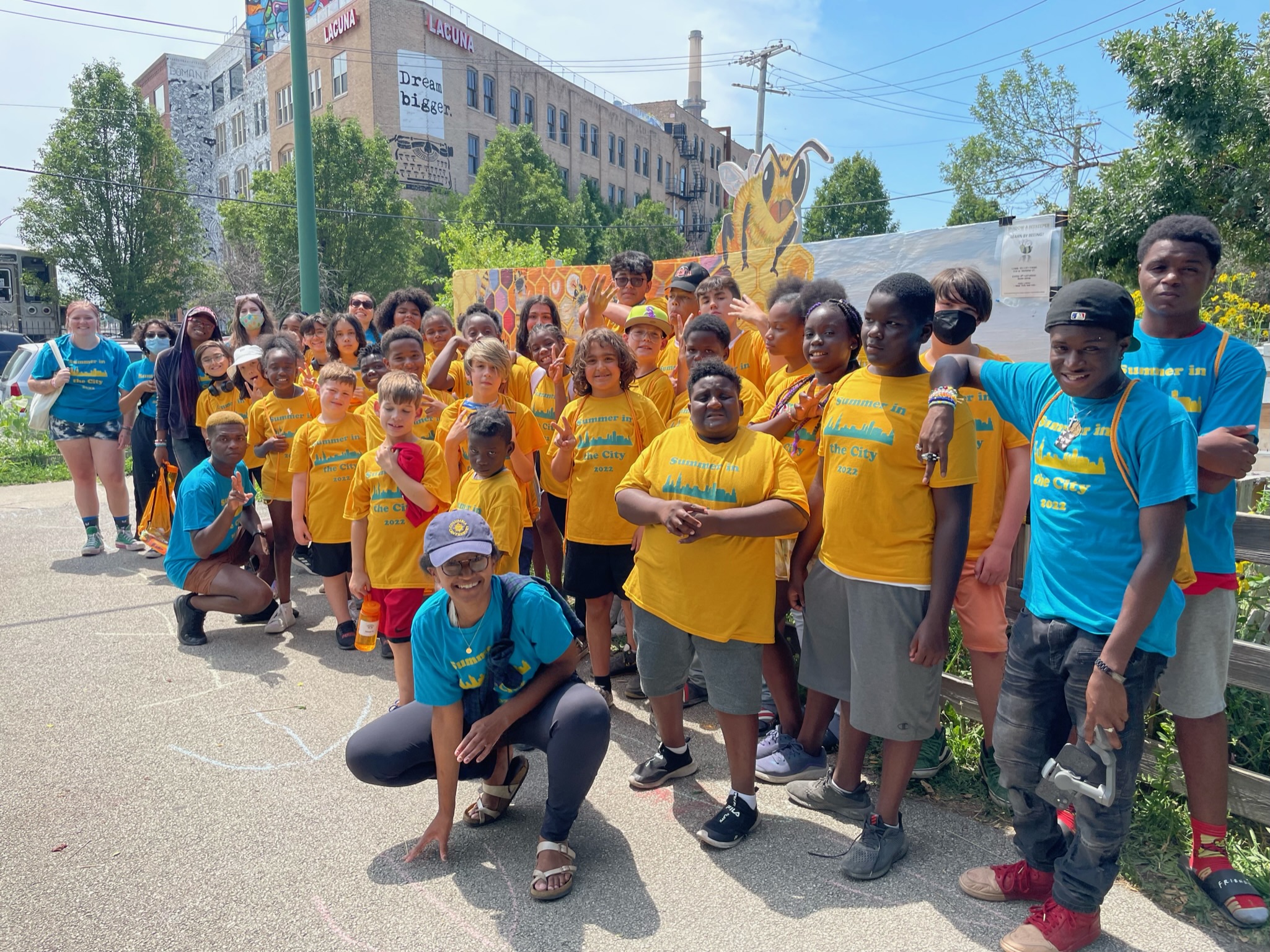 A Statement Regarding the Sale of St. James Commons - September 16, 2020