Missioner for Music and Liturgy

CHICAGO November 29, 2017—St. James Cathedral announced today the appointment of Dent Davidson as half-time missioner for music and liturgy, effective January 1, 2018. Davidson will serve St. James alongside his ministry for the Episcopal Diocese of Chicago as associate for liturgy and the arts. Davidson also serves as music chaplain to the Episcopal Church House of Bishops. 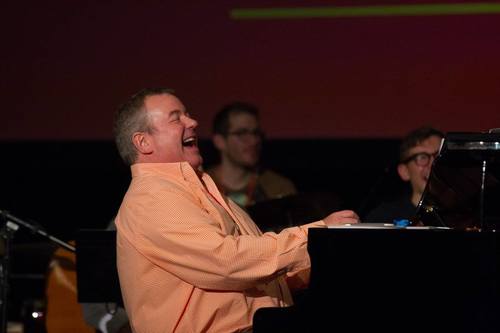 “The Cathedral Chapter is enormously excited at being able to call Dent Davidson to work with us as we expand our liturgical offerings,” said Dean Dominic Barrington. “I have been inspired by Dent’s vision for music and liturgy since I arrived in Chicago, and it is a source of joy for me that we will be able to bring his gifts to the cathedral community.”

Cathedral Director of Music Stephen Buzard concurred. “I am thrilled to welcome Dent Davidson to St. James’ music team. Our collaborations on diocesan liturgies have given me a glimpse of what we can achieve through an ongoing partnership. I look forward to our building upon the firm foundation of our musical heritage to reach a wider audience of potential seekers,” Buzard said.

Davidson said of the appointment: “Over the last decade my vocation has focused on developing the gift of song as a component of congregational vitality. It’s all about transforming lives and changing hearts. I’m delighted to join with Stephen and Dominic and the rest of the cathedral team, to enhance the scope of St. James’ ministry throughout the diocese and its outreach to the wider church.”

St. James Cathedral is a vibrant and historic Episcopal church in the heart of Chicago. The congregation draws members from our downtown neighborhood, across the city, and from the Chicago suburbs. Our diversity also extends to our worship, which balances traditional liturgy with progressive, theologically grounded preaching which fully embraces all people into the body of Christ regardless of age, ethnicity, expression, orientation, or background. We seek to engage with our communities by listening to our neighbors, serving those in need, and asking challenging and culturally relevant questions about faith, identity, and experience. As the cathedral of the Episcopal Diocese of Chicago, St. James is the site of diocesan-wide events and celebrations.