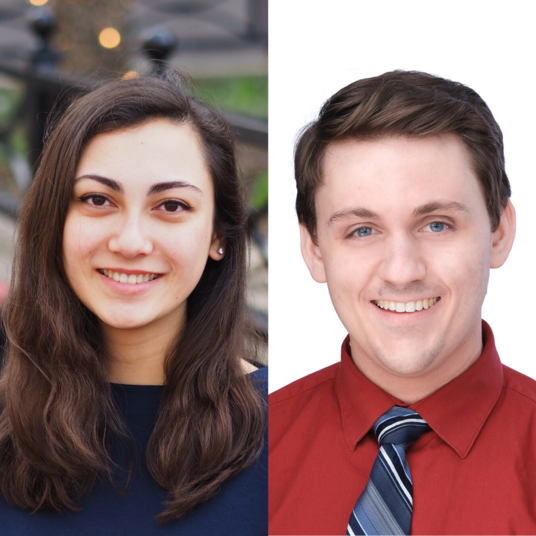 The St. James Music Department is excited to welcome our incoming Organ Scholar, Meg Cutting! Meg is a graduate student at the Yale Institute of Sacred Music and the School of Music, pursuing a Master of Music in Organ Performance in the studio of Martin Jean. Prior to Yale, she received a Bachelor of Music from the Eastman School of Music, where she did her undergraduate studies with Nathan J. Laube. Meg is from Salem-Keizer, Oregon, and began studying piano at the age of six. She previously studied piano and organ under the instruction of Pamela Miller. Meg has participated in various festivals, competitions, and given concerts throughout her musical career. She was a finalist in the Taylor Organ Competition in Atlanta, GA. She was also an E. Power Biggs Fellow for the 60 th National Organ History Society Convention, and subsequently assisted in the preparation of the 2018 OHS Convention in Rochester, NY. She has been featured on Michael Barone’s Pipedreams Live!, and has additionally performed in concert at Slee Hall at the University of Buffalo, at Central Synagogue in New York City, and other notable venues. She is also the two-time recipient of the Robert Carwithen Music Foundation Scholarship. Meg has developed a passionate interest in the music of twentieth-century French organ composers, such as Messiaen, Alain, Duruflé, and Tournemire. She currently serves as the Wilson Family Sacred Music Intern at the Brick Presbyterian Church in Manhattan, New York, where she works under Minister of Music Keith Tóth. We look forward to having Meg join the St. James family in August of 2020.

Our current Isaac Drewes has been appointed the Associate Director for Music and Worship at Central Lutheran Church in Minneapolis, MN, where he will work with Cantor and Music Director Mark Sedio. There, he will share in service playing, accompany the Central Choir, and direct the Choristers and bell choirs. The semi-professional adult choir is 70 voices strong with repertoire including masterworks by Bach, Haydn, Vaughn Williams and others. The chorister program is poised for development and growth. The congregation is known for its robust hymn singing in the Lutheran tradition, while at the same time embracing hymnody from many different global styles. Isaac will conclude his Gerre Hancock Fellowship year at St. James Cathedral, Chicago this June, and will begin in his new role at Central Lutheran Church in August, 2020. We thank Isaac for his incredible work and contributions to our music programs throughout his appointment at St. James.