A Pilgrim's Letter from Bethlehem

A Letter from Bethlehem 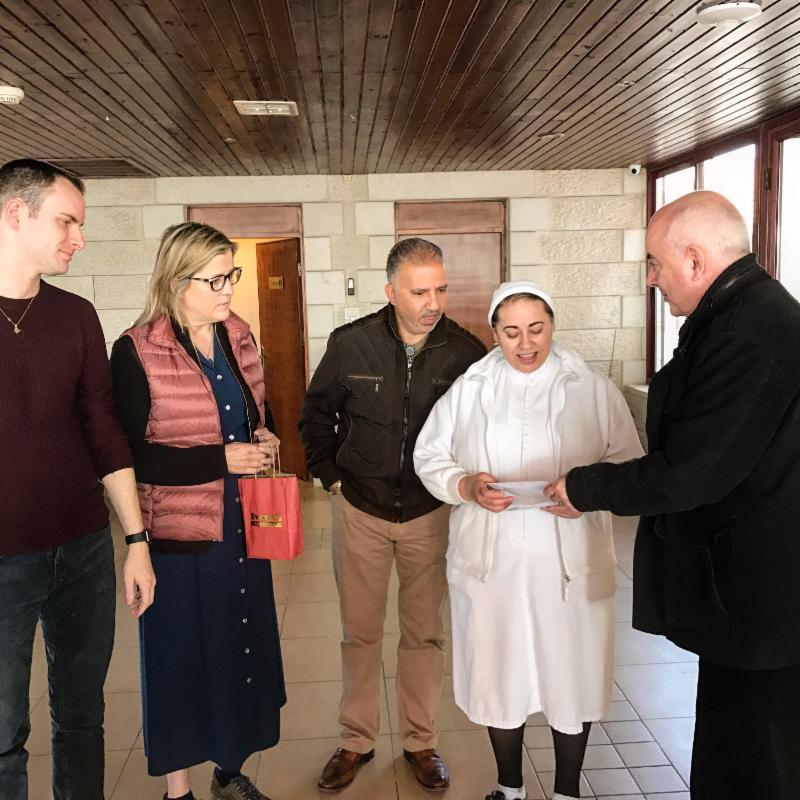 Today, Dominic Barrington, Lisa Hackney James, and I visited the St. Vincent Orphanage (or Crèche) in Bethlehem to deliver St. James Cathedral's $6,500 Christmas Eve collection.
One of the children's caretakers, a Lebanese nun, described how most children end up at St. Vincent's. The orphanage is in Bethlehem, now a Palestinian town south of Jerusalem in the West Bank. The Palestinian Authority penal code exempts men from punishment for killing a female relative if she has brought "dishonor" to the family. One such offense is becoming pregnant before marriage... either by consent or as the victim of sexual assault.
The dangers faced by unwed, pregnant girls and women is so extreme, it is nearly incomprehensible. From across the West Bank, women travel to Bethlehem to prematurely give birth in the hospital connected to the Crèche to conceal their pregnancies. These children are then left in the care of the orphanage until they are six years old, when the Palestinian Authority assumes guardianship.
It was difficult for our group, which is primarily priests and bishops, to learn about--let alone understand--the conditions under which many women and children in the West Bank must survive. With broken hearts, we were invited to meet the children. I want to tell you about my experience.
I walked into a long corridor, off which were several group bedrooms 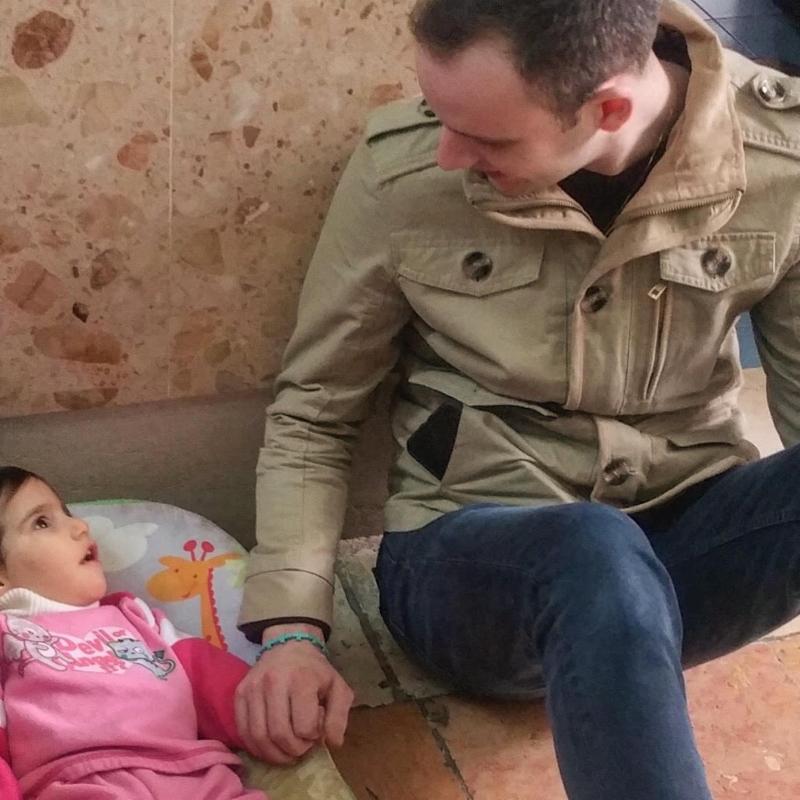 and nurseries, about ten beds or cribs per room. As the door opened, we heard something understood in every language: laughter and tears. Babies were crawling, giggling, eating, crying, and sleeping... but one little girl sat in her sleeper by the door, silently watching as this crowd of Americans walked in. I went and sat right down beside her on the floor. Houda was her name. I said "Hi, Houda..." and she grabbed my finger. Speaking neither Arabic or baby talk, I sang her a song... all while her gaze never broke... how still we see thee lie.
One of the caretakers told me, through our translator, that Houda was born blind. I don't know what will happen to her when she turns six years old, or eighteen years old, but I know that right now, when she reaches for a hand, one is there, and that she smiles when you sing her a song.
For unexpected babies and unwed mothers in Bethlehem, it doesn't seem much has changed in 2,000 years. It's an unpredictable and threatening world in which these children live. St. Vincent's Orphanage nurtures these children with food, a name, an education, and love. 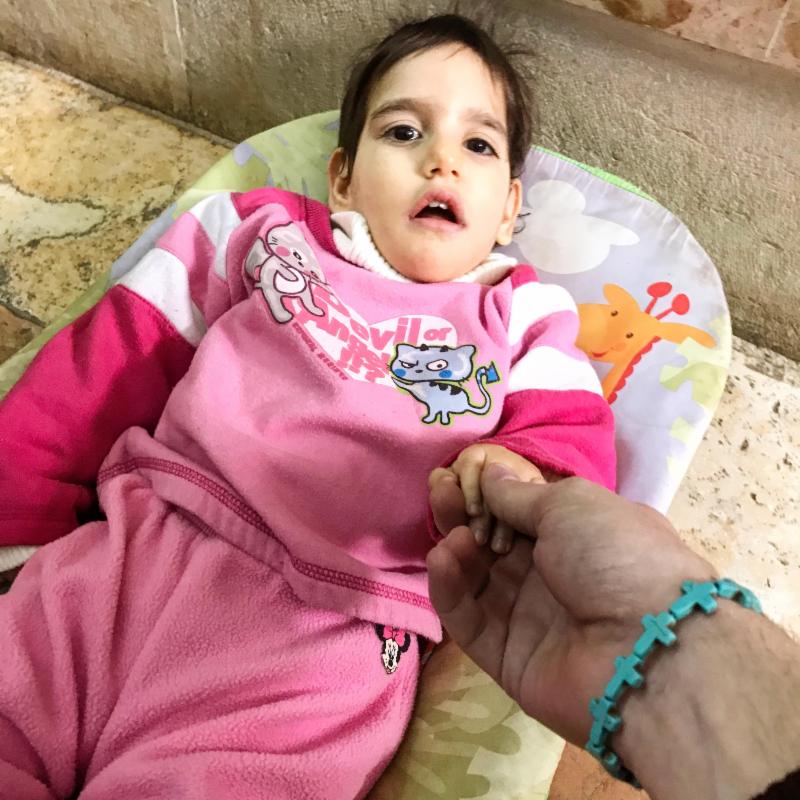 As I said goodbye to Houda, I knew Christmas would never be the same. I knew that for all the warm feelings of nostalgia and sentimentality our familiar carols bring, I'll never sing them like before.
Soon after, we had a Eucharist in the chapel of the Crèche. Dominic was leading O Little Town of Bethlehem as I sat by Lisa, she singing alto as I sang tenor. During the fourth verse, it struck me--I was the blind one! Christmas is not a season, or feelings, but action.
For all the beautiful sermons, liturgies, and carols of Christmas, the greatest lesson for me is the eyes of an unexpected and underprivileged blind girl named Houda who taught me to see that Christmas is something we are called to live--and share--daily.
"Where children pure and happy pray to the blessed Child, where misery cries out to thee, Son of the mother mild; where charity stands watching and faith holds wide the door, the dark night wakes, the glory breaks, and Christmas comes once more."
Peace be to you,