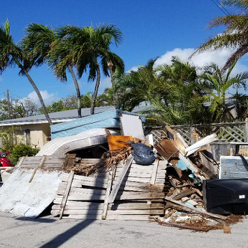 Hurricane Irma will long be remembered as one of the Atlantic’s strongest hurricanes on record, with peak winds of 185 mph, and Category 4 strength when it landed in the Florida Keys in the early morning of September 10, 2017. From Key Largo to Key West, the area was littered with storm wreckage of varying degrees, leaving many homeless particularly in Cudjoe Key and Big Pine Key.

Many residents of the Keys attend St. Paul’s Episcopal Church in Key West, and recently it was my honor to deliver a donation from St. James Cathedral to the Reverend Larry Hooper, Rector of St. Paul’s Episcopal Church of Key West for assistance with Hurricane Relief. “It’s unsettling to see many of our parishioners in need of the basics like food and water. And Irma will have a challenging impact on the Keys economy for some time. At the same time, I am privileged to witness great works by many who are helping people return to their homes and providing much-needed support.”

The funds donated by St. James will go to the Star of the Sea Food Pantry in Key West. I was able to see the Pantry in action in early October, and I was impressed both by the presence of the Holy Spirit and the strong hands of the people who were working there. “Donations make the conchs (locals) feel loved and that somebody cares because there are a lot of them here that don’t have any family or are elderly and feel isolated.”

The day I visited the Pantry there were 6 volunteers to assist a line of almost 100 people waiting for food and water outside the door. The air conditioning was out, and the temperature inside was easily over 90 degrees. Yet the volunteers were smiling and most importantly the patrons were smiling.

“Everyone is so generous. A terrible event like Irma brings out the best in people—for folks who help out, it is truly a labor of love.”

Mark and I are residents of Key West during a part of the winter season in Chicago, and we are happy to report that our home and a good portion of the city of Key West was spared from structural damage from Irma. Also, St. Paul’s Episcopal Church (our church when we are in Key West) was largely undamaged, but considerable landscaping losses occurred. It is why Key West was able to help the devastated communities close by—and I am proud to say an Episcopal Cathedral 1500 miles away decided to help Key West in their critical work. Thank you, St. James, for putting faith in action! 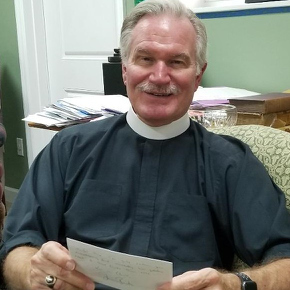 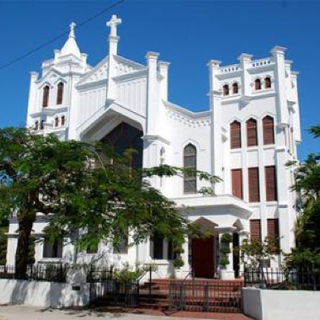 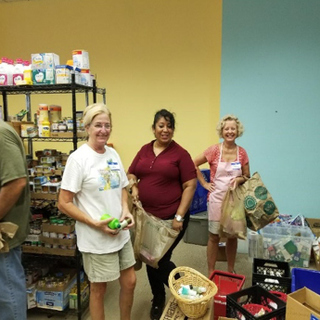 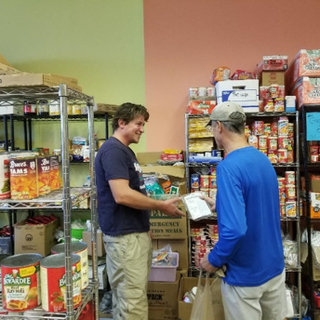 The most rewarding part of my post-Irma trip to Key West was witnessing the teachings of Jesus every day: Help the homeless and the poor—give of yourself unselfishly—carry each other’s burdens—the generous will be blessed—share with the Lord’s people who are in need…and Matthew 25:35-40 was a scripture I thought of often:

The King will reply, ‘Truly I tell you, whatever you did for one of the least of these brothers and sisters of mine, you did for me.’"