"The St. James community is enormously excited about the gifts that Brenda will bring to our growing liturgical and outreach offerings," said Dean Dominic Barrington. "I am especially inspired by her work as a board member of Magdalene House advocating for women who have survived lives of sex trafficking, addiction, and abuse."

Missioner for Music and Liturgy

CHICAGO November 29, 2017—St. James Cathedral announced today the appointment of Dent Davidson as half-time missioner for music and liturgy, effective January 1, 2018. Davidson will serve St. James alongside his ministry for the Episcopal Diocese of Chicago as associate for liturgy and the arts. Davidson also serves as music chaplain to the Episcopal Church House of Bishops. 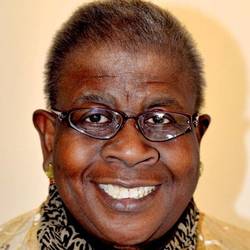 Chair of The Beloved Community:
Commission for Dismantling Racism in the Diocese of Atlanta.

Her sermon topic is "Christ and Racial Healing"